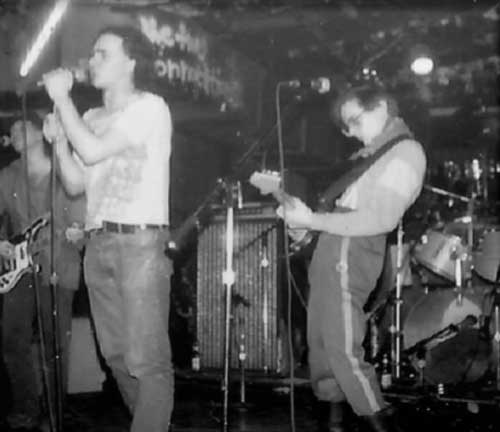 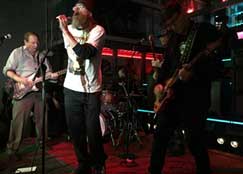 The Vacuum Bag was born out of the 1980’s East Village art movement. These creative individuals who came from different fields, were committed to putting together a true art band. Tom Coté, lead guitarist, and Julius Klein, singer and guitar player, were first introduced to each other at the club, ABC No Rio. At the time, Tom was hanging out with filmmaker Rachel Amodeo and lured her to play drums with them. Michael C. Carter, lead singer, was writing poetry at the time and was coaxed into writing songs with Julius. Michael originally named the band, Vacuum. The name was later changed to Vacuum Bag because it sounded more ridiculous. Back in the early days, they rehearsed on a dirt floor of an old gutted building in the East Village. They played backyard metal garden parties and eventually played regularly at CBGB’s. Fred Jorio, the bass player, later joined the band for gigs at The World, King Tuts, Pyramid Club, and Wawa, popular East Village venues back in the ‘80’s. The Vacuum Bag sound can be described as early grunge, ahead of its time and before the emergence of West Coast grunge. They recently reunited to play for the Museum of Modern Art Club 57 opening night after party. They currently have a residency at the NUBLU Club on Avenue C in the East Village.